It’s almost a week since DN12, so it’s time for another Nürburgring Nordschleife trackday (of course). The Schnelle Schwaben event is another two-day event, running an open pitlane.

Of course, there are a few differences. The best addition (for somebody who enjoys their food) would have to be the traditional BBQ at Agnesenhof.

And also the Trackwalk. Which actually uses a big red Bus. So we left the sizzling chunks of Wild Boar and Venison behind, and headed out to the Nordschleife for a close-up look at the track we’ll be driving tomorrow.

First stop Hatzenbach, where the improved surface and relatively shallow kerbs mark a stark contrast to the first time I led a Trackwalk in 2008. Back then I remember people being shocked by how bad the surface was.

At Aremberg in particular, you can see some real damage to the racing line, which would explain why it’s so bad in the wet (proof of that in my 2015 Wet Lap Guide video here).

Another interesting point, the guardrail on the left (outside) and right (inside) at Ex-Muehle. Nobody crashes to the outside, but so many to the inside…

Of course, no Trackwalk (bus-ride) would be complete without a stop at the Karussell. Especially when you consider the sponsor’s banner this summer!

Last stop ahead, Pflanzgarten 1. The inside kerb of which clearly sees very little action. 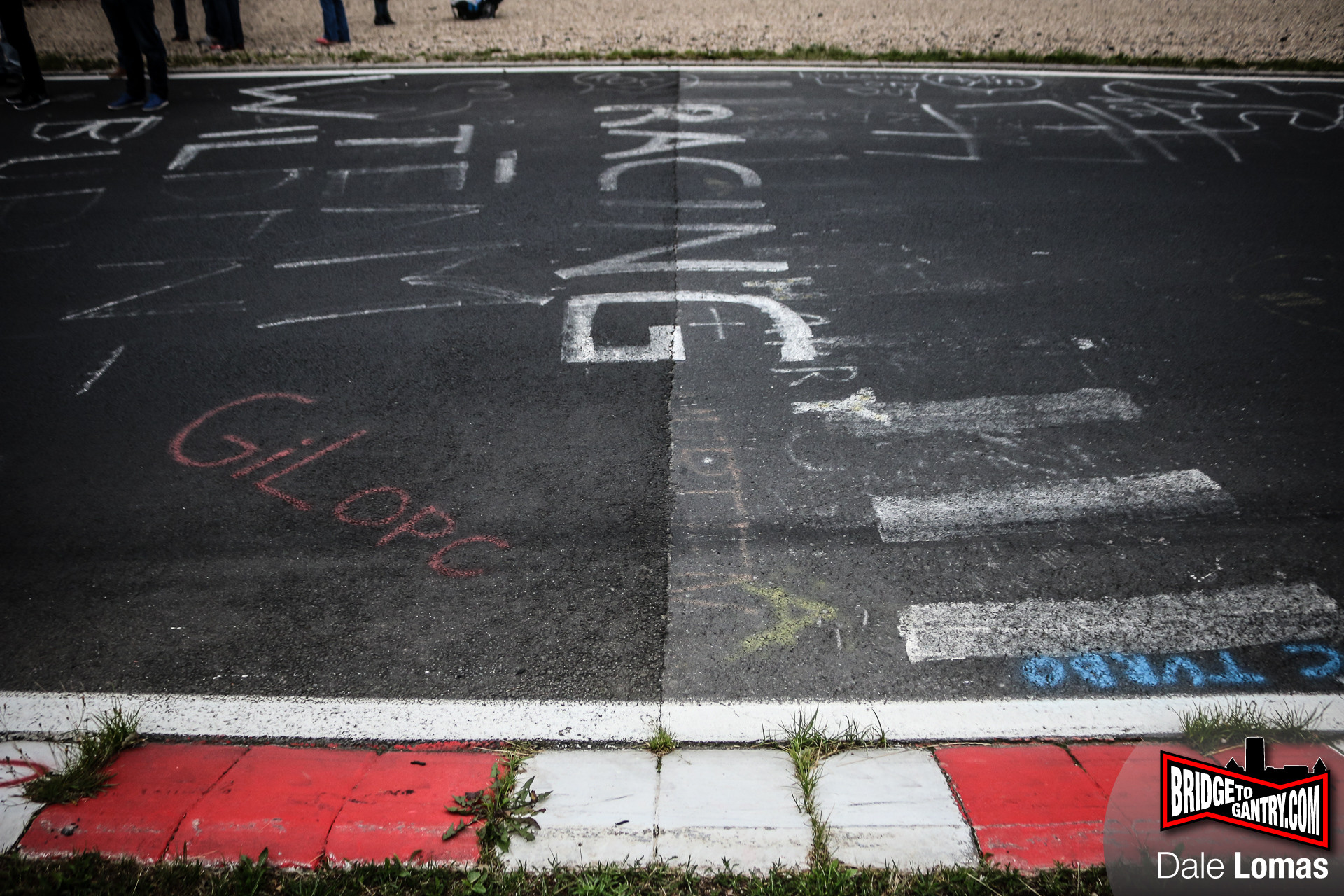 On the left, it’s grippy in wet or dry. But particularly in the wet. On braking and turn-in you can really make a street tyre howl, such is the traction on offer. While on the right side, half-way around the corner, the traction simply disappears. Oh well… onwards to the BBQ.