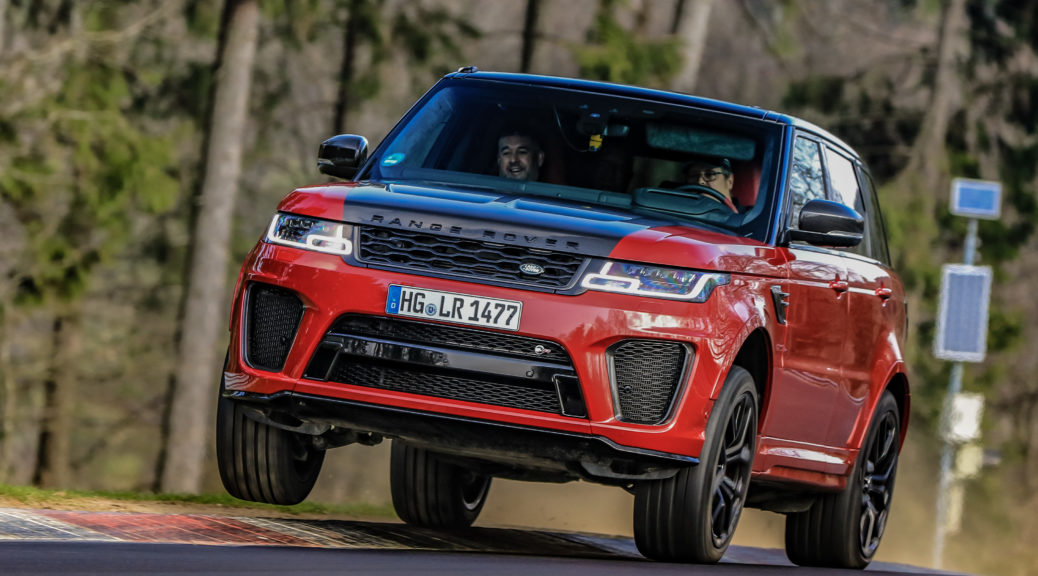 What’s right and what’s fun are rarely connected in life, in my opinion. If you disagree, you probably think the only way to enjoy the Nordschleife is from the driver’s seat of a fettled Cayman GT4, or Megane RS. You know, something specifically designed 100% to be used in the way you’re about to use it.

If you didn’t notice over the last 13 years of this blog, that’s NOT me. I’m not taking anything away from the sheer joy of piloting a purpose-built E92 M3 RingTool around the world’s greatest circuit; I’m just saying it’s not the only way to have fun here.

Earlier today I posted a new YouTube video to the official BTG channel, and it got me thinking: in 2019 there were three big ‘SUV’ moments at the Nordschleife for me. Here they are I’m pretty sure I could have hit any kerb I wanted at any speed short of supersonic, and we’d have probably survived. This was a stand-in for the XJR 575 after a small paperwork snafu grounded the limo for 2 weeks. I was expecting lots of complaints and cancellations when people discovered their sleek RWD limo lap was being replaced with a 2.4ton 4×4, but the closest we got was some mild trepidation, and it always evaporated by the very first corner!

The Audi RSQ7 doing *THAT* laptime

This is a laptime normally the preserve of purpose-built sportscars being laid down by a HUGE SUV. It’s the ultimate technological achievement, committed by a talented team who are obviously incapable of understooding the tears and anguished wails of a million supercar fans. Is this the high-point of SUV technology? Is this what they’ll achieve before being legislated back up to the footballer salary stratosphere? I guess that depends on the sales figures of the Audi, and it’s V10 petrol sister, the Lamborghini Ur-anus. Both have claimed ultimate performance over off-road ability, and neither seem to have suffered for it.

Walloping the 550hp F-Pace SVR around the Nordschleife

Costing significantly less than a Range Rover SVR, but sporting nearly the same power and a similar AWD system, I didn’t know what to expect when I first drove the F-Pace SVR. Well, basically you’re missing the hydraulic body control of a Range Rover, but getting nearly half-a-ton knocked off the weight. That leaves you with a ridiculously quick SUV, that’s also the cheapest way in to a genuine SVO-engineered machine. The fact that Audis and Porsches at this price only offer the V6 is actually surprising – because the V8 pretty much makes the difference for me.

My own personal take on the current SUV-everything trend is that it’s actually a passing fad. One which will eventually be legislated out by a resource-concious, environmentally friendly new world order. There’s no good reason to build mass-market SUVs and put every single man, woman and child in a car that’s 1.5x bigger than anybody needs. The trend for every normal sedan and compact car to be replaced by a compact or hatchback SUV has actually increased pollution and resource consumption by exactly the same amount the new hybrids and full-electrics have reduced it. We’ve stood still.

So if you enjoy SUVs, get them while they’re the hottest they’ll ever be and rejoice. And if you don’t? Just be patient. I don’t think you’ll have to wait long.