Uh-oh, here I go again. The whinging old guy in the BTG hoodie, pointing my finger at the sky while bemoaning the state of the Nuerburgring lap record table. But there’s a reason why I’m upset.

I was genuinely excited when the Nuerburgring management decided to adjudicate their own, new, Nordschleife lap record table. We were told that cars would be inspected, efforts would be notarised, and it would all be super transparent and easy to understand.

But here we are, looking at a new “Compact Car” lap record, set by Frank Stippler in this Audi RS3: 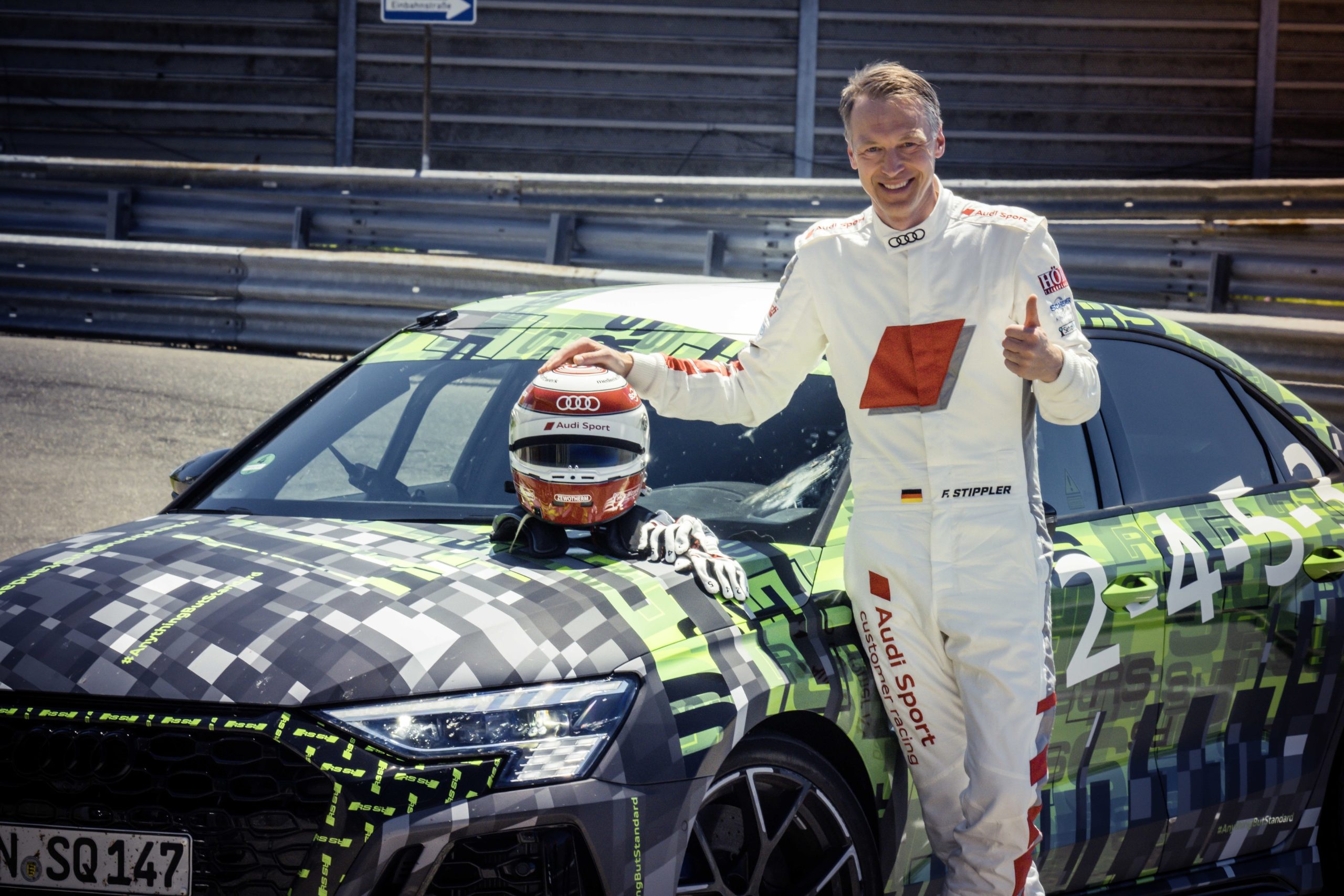 Now that’s a hell of an achievement. Most cars setting laptimes in this class are limited-production models with high-end suspension, special wheels and tyres, and stripped back interiors. Who can forget the Megane RS Trophy.R and its £75k price tag (if you wanted the Ohlins suspension, carbon wheels, etc…), or the rear seat and air-con delete on the SEAT Cupra? Or the cage and interior delete on the lap-record Golf Clubsport S?

But Audi claim the only ‘extra’ on this car is the Pirelli P-Zero Trofeo tyres.

Clearly this Audi is FULLY caged with Recaro bucket seats and proper harnesses, and I doubt they’re on the options list. Next, the tinted windows can’t hide the obvious rear seat delete:

I mean, I know what Audi will say. They’ll say “of course it has a cage, it’s a really fast car, safety first!”… but isn’t that kind of odd? If the car can do 7m40s around the Nordschleife (which is amazing) then why doesn’t it get a rollcage option? Porsches do. Even the Golf did.

This whole thing is smelling a lot like the Cayenne Turbo GT lap record, which was also done by a very dubious-looking prototype. On the day of that ‘lap record’ press release, it didn’t even have a name, remember?

But money talks, and now that the ‘Ring have attached a (not inconsiderable) price-tag to an ‘official’ lap record, I guess the customer also has some negotiating power too.

If that customer can get the “notary and TUV inspection” to approve a car as “production” with brake calipers obscured by racetape, and a stripped out interior, then what are the chances of them sneaking other modifications past this so-called ‘official’ system?

I mean, I could talk about the RS3s “torque splitter” (which is an upgrade over the previous models open Haldex coupling, which was basically an open rear diff whenever the Haldex engaged), or its awesome 400hp, 5-pot turbo motor… but honestly, if Audi can’t be bothered to make these lap record cars even look like “production cars”, I can’t be bothered to regurgitate their press releases.

You can read the official PR blurb here.