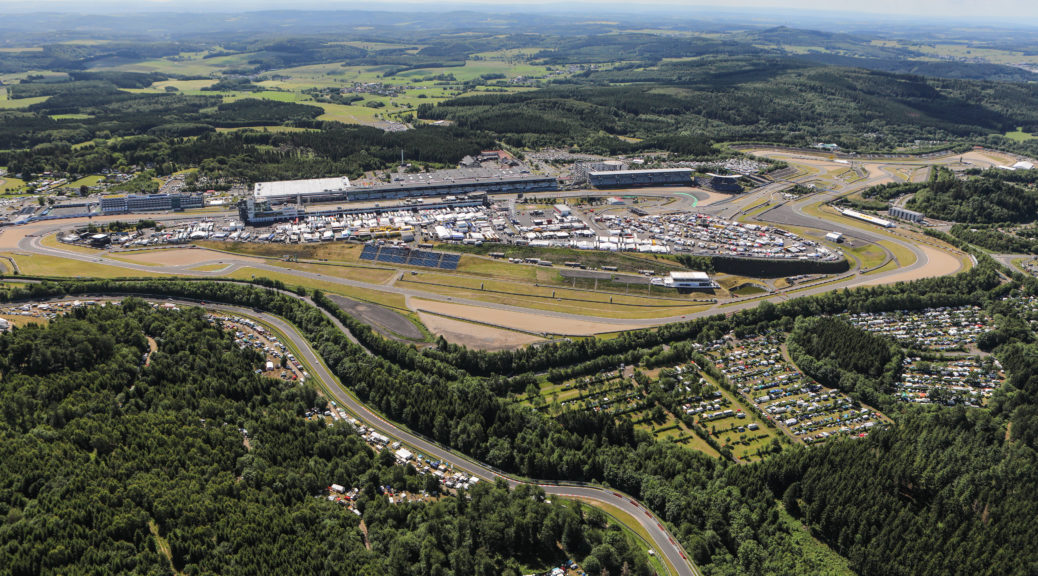 After weeks of rumours, the final confirmation seems imminent. F1 looks set to return to Nürburgring GP track from October 9th ’til the 11th.

The F1 organisation have been scrambling to reorganise the season post-rona, and the first rumblings of a possible Nürburgring round reached my inbox via truckies and logistics types a couple of weeks ago.

Now the online calendar of availability of the trackside Dorint hotel collaborates the story too. It could be the world-famous BTG Circuit Days trackday on Monday 12th that booked it out… But it’s probably just the management securing the rooms, ready to charge ultra-high F1 prices. (If you had a room booked for that weekend, I’d be interested in hearing more from you in the comments section)

Checking the updated schedule for VLN, RCN and the proposed N24 also reveals a certain level of pre-planning. It’s clear that the F1 event can drop almost perfectly into the schedule. Only the 6-hour motorcycle race (the 4th and final round of the Metzeler Reinoldus Langstrecken Cup) will be hit by F1’s arrival.

Finally, German motorsports news website Motorsport-Magazin is reporting that “internal sources” at the Nürburgring have all but confirmed the date.

This will be the first time that the German GP has run at the Nürburgring since the shock withdrawal of 2015.

What this means for the touristenfahrten scheduled on Sunday, I don’t know. In previous years F1 demanded a safety area that included the T13 straight. One solution in previous years was to re-route the TF laps through the T13 pitlane, though in other years the Nordschleife was simply closed for raceday.