The Nürburgring is famous for lots of reasons. The length, the danger, and the history are just three of them. But the Nordschleife stays famous because of its accessibility and prominent position in modern-day car development.

And just around the corner is one of the ‘Ring’s biggest rivals, the legendary Circuit Spa-Francorchamps. Designed in 1920, it was a 15km circuit right up until 1939, when the old Ancienne Douane section was cut short and replaced with the now infamous Raidillon and Eau Rouge.

Considering that this Grand Prix circuit really was a public road, it’s amazing to reflect on the fact that it was the fastest racetrack in Europe too. Yes, even faster than the Isle Of Man. The lap record of the old 14.8 circuit, set in 1973 was 3m13s set by Henri Pescarolo in the Matra MS670B. I’ll do the maths for you; he averaged 260kmh (160mph) on that lap. (I highly recommend this article on Goodwood.com if you want to know more)

That all changed in 1978, the last year of running on the road circuit. In 1981 the new 7km Spa Francorchamps took shape, and hosted its first races.

It’s still possible to tour most of the old circuit, as the Kemmel straight (which used to be sweeping curves) leads on to the old public roads. Of course, the speed limits today are a little lower than Henri and his Matra might have liked, but it’s worth a trip. Here’s a Google Map link. 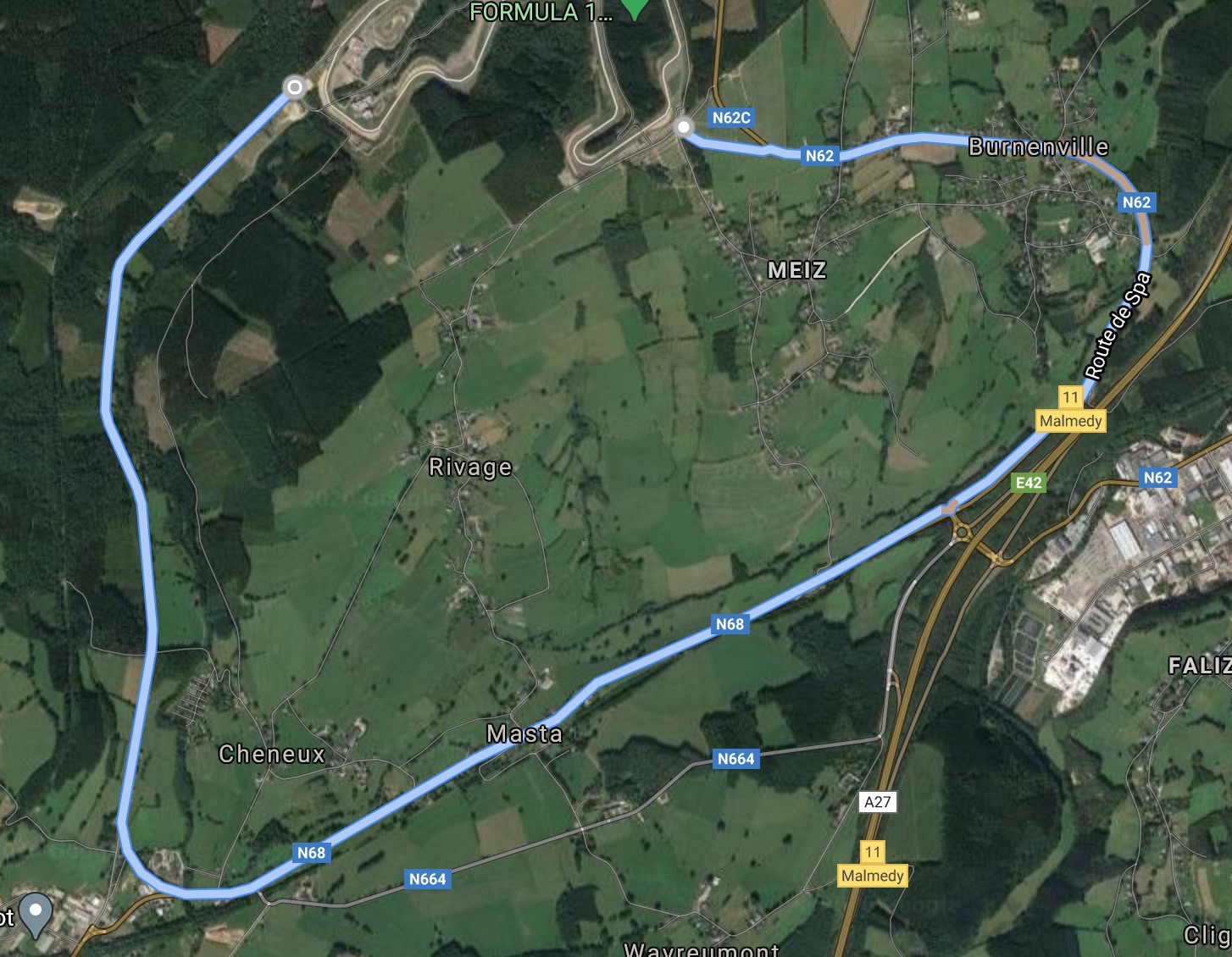 And while you’re there, feel free to stop at my favourite “Friterie” on the old Masta kink. Mega stuff.

From the Nürburgring to Spa (and back again)

And did I mention that the drive from Nürburg to Spa is basically fantastic? You honestly can’t go wrong. The shortest route is 94km, and is a proper cross-country adventure:

But if you via Hillesheim, or even through Gerolstein, you won’t be disappointed either.

No matter your budget or your vehicle, you’ll find an event at Spa to suit your style. From the hedonistic glory of the annual Gran Turismo Event, to the public driving sessions, it’s all going to be good. I love driving Spa, especially in the wet. Admittedly, I have an unhealthy love of driving in low-µ conditions, probably in part due to our 24-hour C1 adventures.

Some dates for your calendar (message me if you have more recommendations):

But you don’t need a 600hp Jaguar XE SV Project 8 to enjoy Spa, I’ve done laps of Spa in the #CLUB1000 Yaris too, and even this crazy-cool retrogasm of a Caterham: 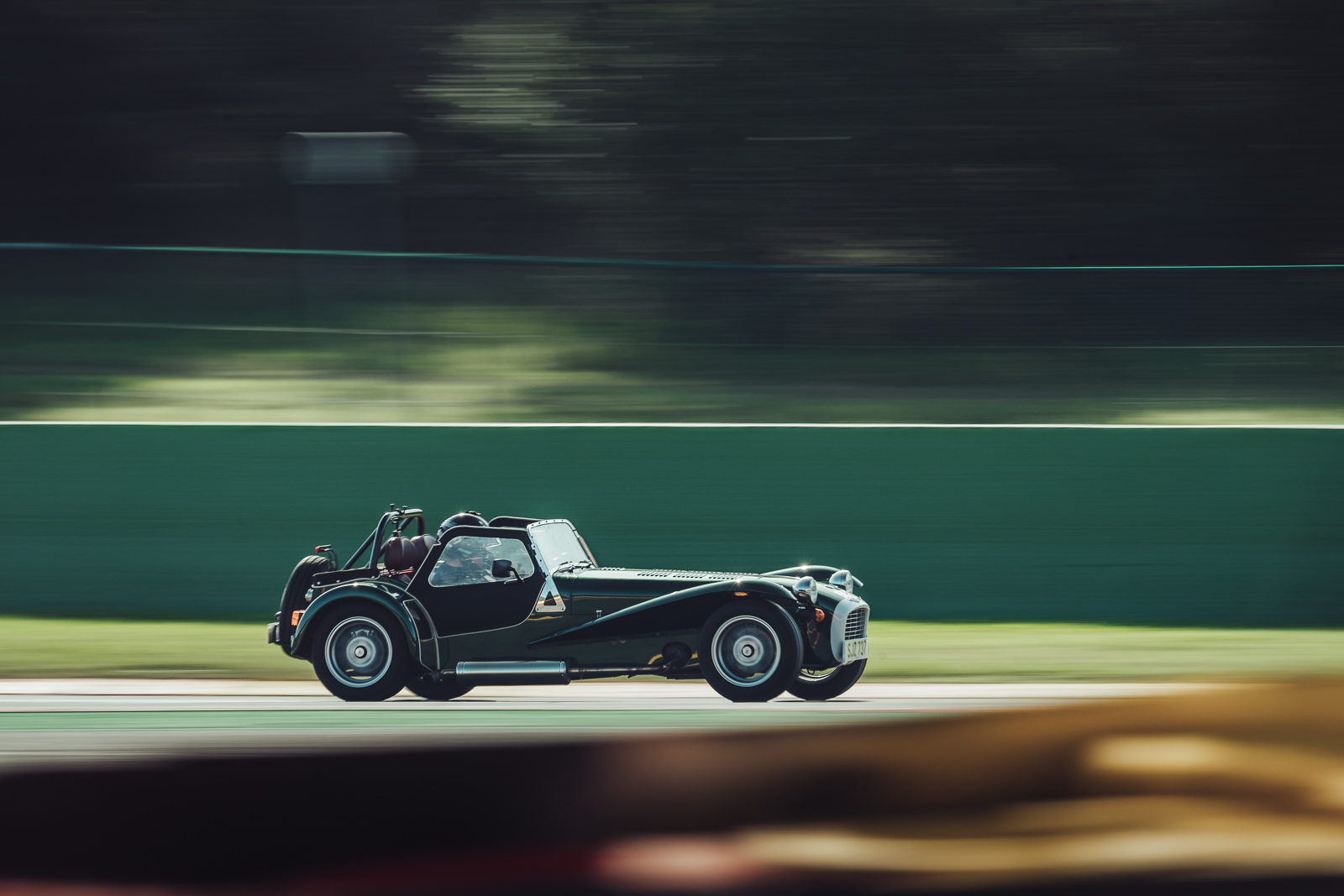 Prior to the current closure of the track due to COVID-stuff, the circuit owners were putting more time and effort into marketing their public driving sessions. These very much resemble the public sessions at the Nürburgring Grand Prix circuit too. Personally, I’ve not done it. But I’ve watched, and, erm… let’s just say I didn’t fancy it much. Each session is *PACKED* with the maximum number of cars. This was around 70 when I was there!

And it isn’t cheap either. The sessions cost €100 per 25-minutes, instead of €30 per 15-minutes like the Nürburgring. And there are no refunds if your session is red-flagged. You can block-book 4×25-minute runs for €299, which helps.