If you consult Google Maps, the fast left-hander that is Schwedenkreuz doesn’t really look like much trouble at all. A 30º left-hander with no real drama at all.

So why does the next video show just so much car carnage?

Sit down, watch this 2016 Schwedenkreuz crash compilation video, and I’ll try to explain.

Firstly, lets get the naming correct. Schwedenkreuz is the innocent looking left handed kink, and Aremberg is the big, fast, downhill, hairpin-like, righthander.

In these helicopter-views, the cars are driving from the top-right corner down to the centre.

At the top-right is Schwedenkreuz (SX) and in the centre is Aremberg (AB). 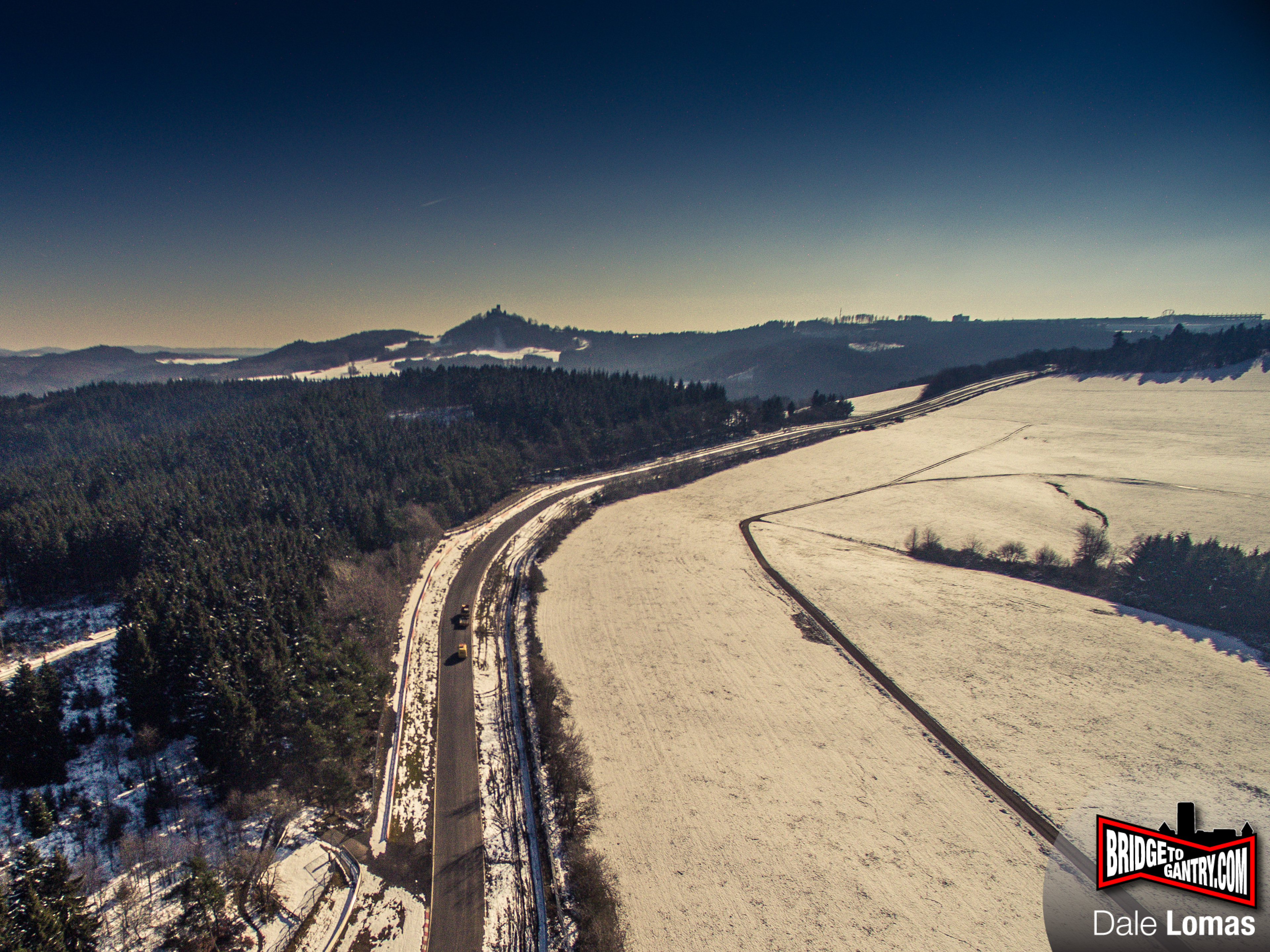 And above is SX, on its own, in the centre of the photo; just a simple left-hander without a care in the world.

Most of the crashes you can see above fall into one of three categories:

Typical crash #1: The middle of SX

As always with the Nürburgring Nordschleife, the danger is the elevation change and the visibility. People crash at Schwedenkreuz because they don’t take the right line to cope with the ‘jump’ in the middle of the turn.

BTG is full of FWD Meganes messing this one up, but I thought I’d share this RWD E30 instead:

That’s a pretty extreme example of an unexpected slide, and it turned out this E30 was on some crazy suspension settings, but it all happens very typically. The car is too ‘tight’ on the line, with too much input, just as the weight comes back down after the little ‘jump’ in the middle of the turn.

Visibility plays its part by making the corner exceptionally difficult to learn. You can’t see the end of it from the start of it, which means you need quite a few laps before you really know the shape of it.

You can read the full story here, but this Megane got a little bit squiffy over the proper jump just before SX. In this example it was probably because he was steering as he went over the LEFT SIDE of the pre-SX jump. That is VERY dangerous. Any VLN racer will tell you: Right side is easy, left side caution!

Typical crash #3: Out of SX and into AB

The run down to Aremberg is actually *VERY* downhill. And it’s covered in rubber from big GT3s braking from 220kmh to 120kmh. In the dry it’s no big deal. But in the wet it will punish both experts and newbies alike.

The easiest way NOT TO CRASH AT THE NÜRBURGRING is simply to drive within your limits. Easier said than done, right? Just start very gently and build-up slowly.

That’s not easy, especially when the adrenaline is flowing. But if you want to learn how your car handle on the edges of grip, then go to a nice safe GP track or airfield. Most sections of the Nordschleife are only places to go really fast AFTER you know what to do in an extreme situation, not before.

EXTRA NOTE: Don’t get your knickers in a twist about the white Golf driving backwards up the track in the first video. This was a photo and video shoot of the new Golf Clubsport S. You can see the film crew parked at the top left corner. They had radios and the whole Nordschleife to themselves.