Earlier today the Nürburgring announced the full details of the seven planned modifications to the Nürburgring Nordschleife that will enable to the track to keep it’s FIA license AND (most importantly) shed those terrible speed-limits.

Only one of the modifications will change the way we drive the track, the rest are all aimed at spectator safety.

And a map I made to help illustrate it: 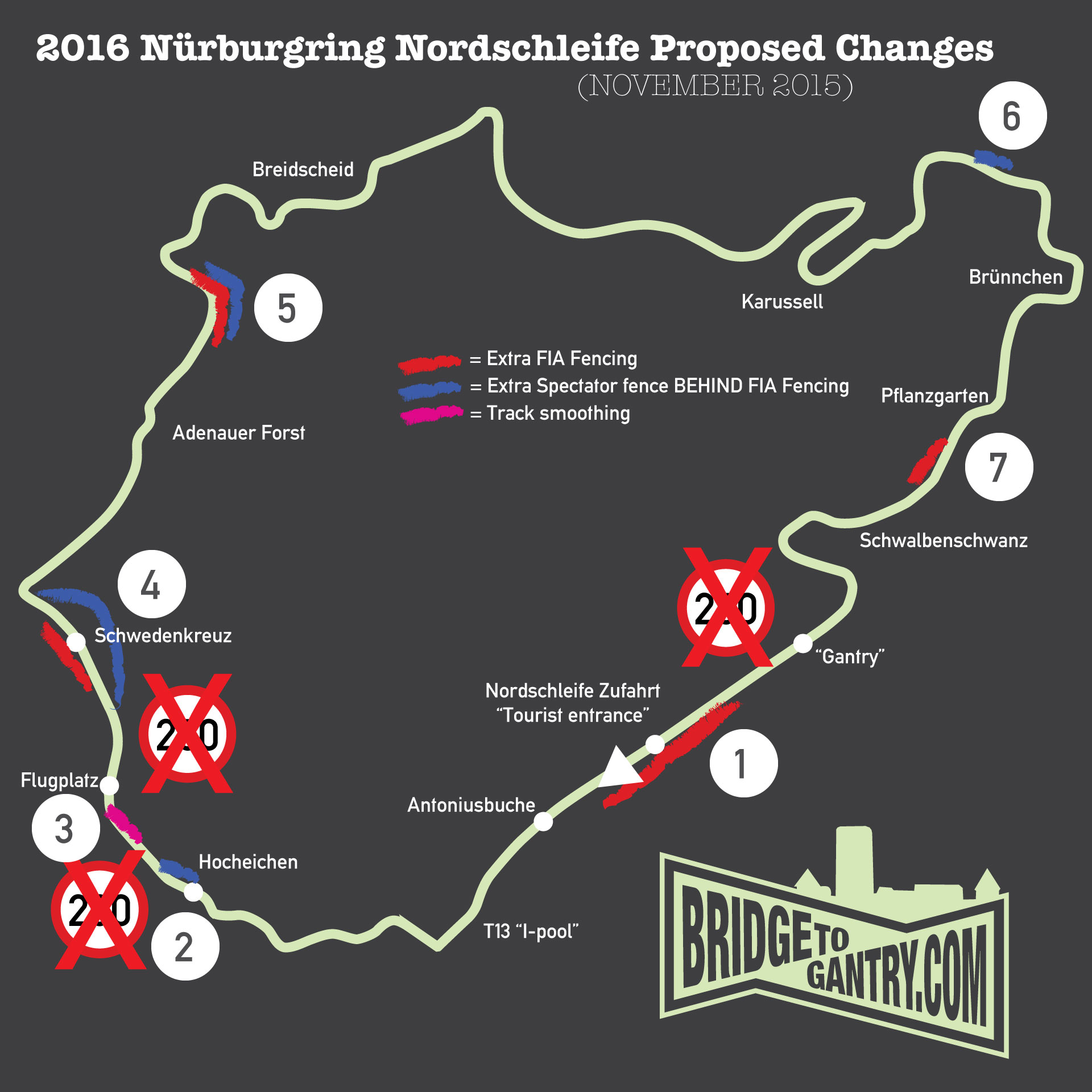 Here’s the BTG translation/explanation. Left/Right is always considered from a drivers point of view, as we lap the circuit clockwise.

I will be working hard to add more details to this list as I get them.

This is NOT the Nürburgring