It’s the star of a thousand internet videos, and has jokingly been renamed “YouTube Corner”. But now the Nürburgring’s famous Brünnchen 2 is going almost gravel-free.

Now don’t get your knickers in a twist. The old Nordschleife is a constantly changing beast, and track modifications happen every year. I’ll be talking about some more 2017 modifications soon.

But this change, while theoretically without consequence for any ‘normal’ track user, is bound to cause a bit of head-scratching for many regulars.

Why? Take a look for yourself… 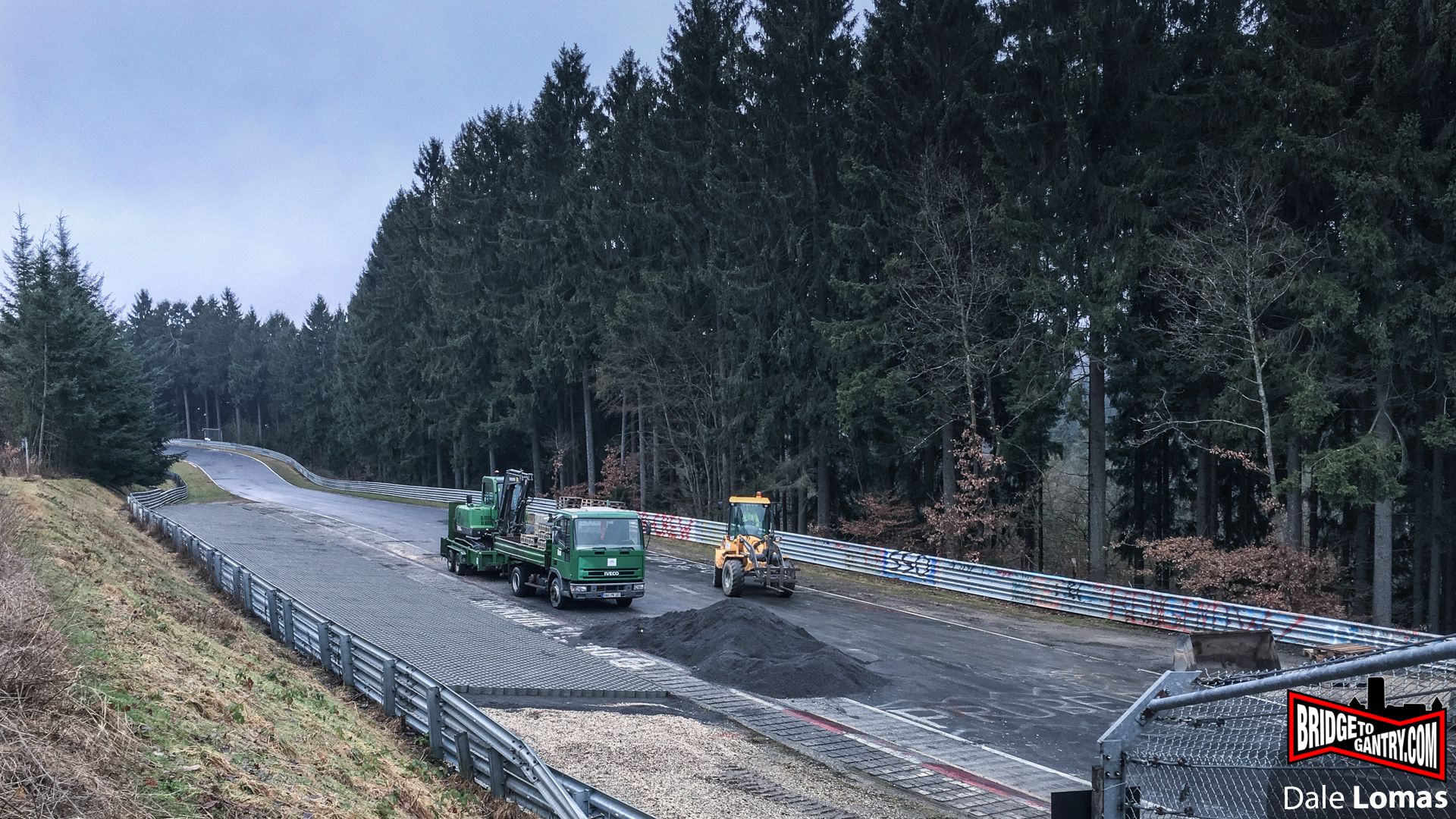 The gravel has been almost entirely replaced with zig-zag blocks, the kind which occupy the centre of Adenauer Forst (image link). Eventually grass will grow the gaps, and it’ll be pleasingly green and slightly less dramatic than a gravel trap.

The obvious intention is to prevent novices from gravel surfing into an oversteering, nose-first, impact into the right-side of the track half-way to Eiskurve.

But here are a few additional thoughts:

Finally, and most importantly; do we think that any of the following unfortunates would have had a better or worse time with bricks instead of gravel:

Tell us what you think below!