UPDATED: More video at the bottom of the page! If Donald Trump is upset about leaks in his security, he should have a talk with the bosses over at Sant’Agata Bolognese, Lamborghini HQ. Ever since the black bull rented the Nordschleife last year, it’s been widely believed that the Huracan Performante set a new Nürburgring laptime.

At the time I thought it was the Superleggara, and was genuinely intrigued as to the idea of it beating the crazy 6m59s Aventador SV.

Regular readers of BTG will remember that black and white prototype appeared almost weekly on these pages. A big, fast, camo-wrapped Lamborghini Huracan that puts in a serious test program at the Nürburgring Nordschleife is kinda hard to miss.

What’s surprising is that there’s been no leaks. Other than it being ‘fast’, we don’t actually know what laptime the improved Huracan achieved around the 20.8km circuit.

But not for long…

Lambo have finally released a teaser video, and Trump would be jealous. Not only is it full of non-sensical sentences like the ‘Highest feat is coming’, but it’s also controlling the press agenda like a boss.

They’re saying the car did a fast lap on October 5th last year, which would tie-up with the photos I took on October 4th. And don’t forget, there was also a facelifted Aventador driving around at the same time. 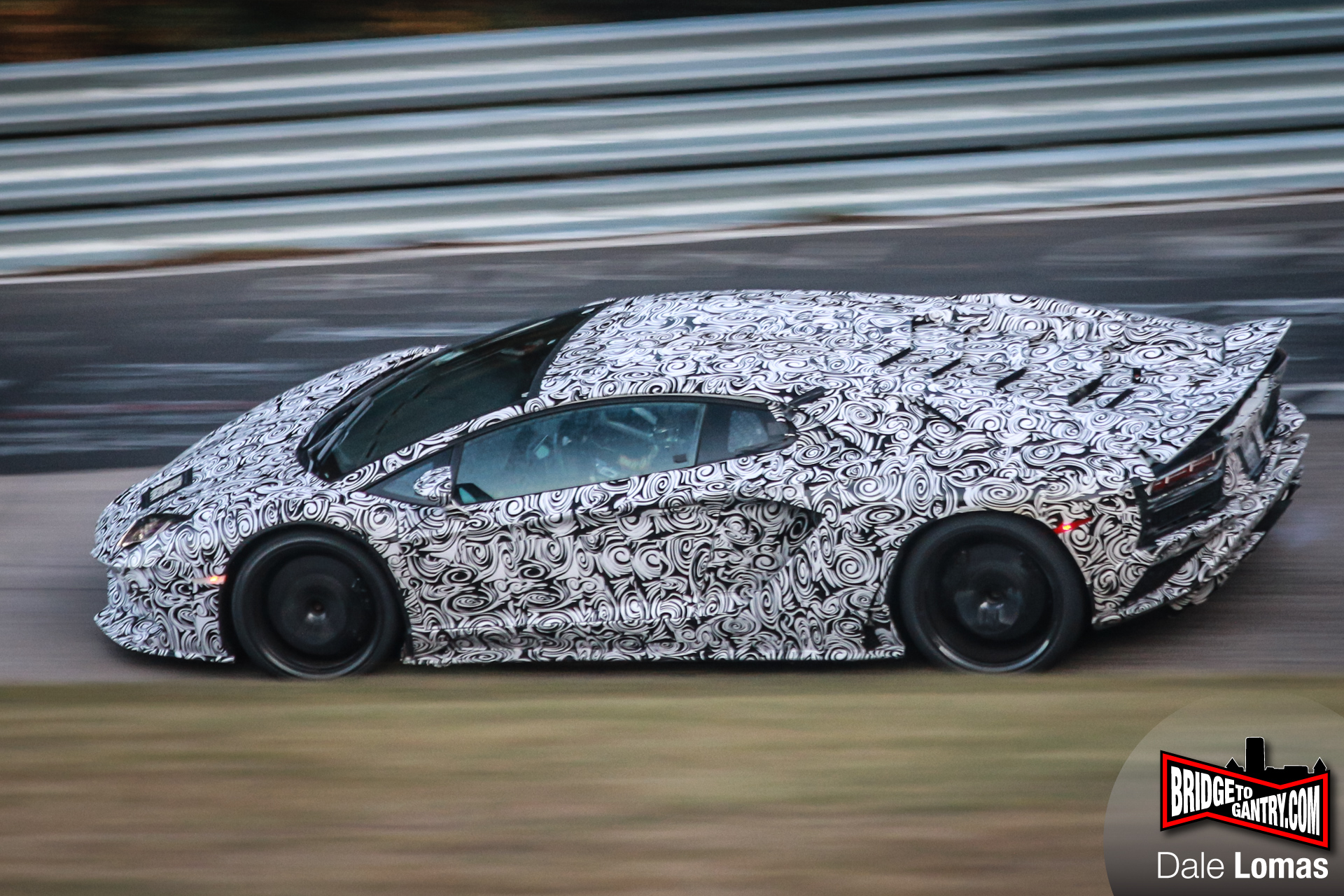 Either way, Huracan or Aventador, if the final video is half as awesome as that Aventador lap, I’ll be more than satisfied. The official news will drop on February 23rd…